The Secretariat is headed by Dr. Yemisi Bamgbose, The Executive Secretary BON 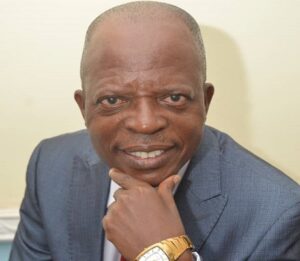 It is our pleasure to introduce to you the newly appointed Executive Secretary of the Broadcasting organizations of Nigeria, Dr Abel Oluyemisi Bamgbose. His appointment was ratified at the 74th General Assembly of BON which was held in Abuja on Thursday, June 3rd 2021, in accordance with the laid down procedures of the Organisation.

Dr Yemisi Bamgbose started his broadcasting career at the Ogun State Television (OGTV) Abeokuta, where he rose to the position of Assistant General Manager. He was later transferred to the Ogun State Ministry of Information as the Director of Information and Strategy before he was appointed as a Permanent Secretary. He retired from the civil service of Ogun State in 2018.

By his appointment Dr. Yemisi Bamgbose is to oversee the daily management of the organisation which comprises of government and private owned broadcast media in Nigeria.